This paper is a great example of what can be learned from careful application of qualitative methods. The authors' first step was to categorize statements in the postmortem narratives written by developers; that necessarily required human judgment, but if done carefully, that can be as reproducible as any other kind of scientific work:

Initially, we started with 12 categories of common aspects of development. These categories were based on the categories Ara Shirinian identified in his analysis of postmortem reviews.

In order to identify additional categories, we performed 3 iterations of analysis and identification. The first week, we each read and analyzed 3 postmortem reviews each, classifying the items discussed in each section into the 12 predetermined categories of common aspects that impact development. While analyzing these reviews, we identified additional categories of items that went right or wrong during development, and revisited the reviews we had already analyzed to update the categorization of items. For the next two weeks we repeated this process of analyzing postmortems and identifying categories, analyzing 10 postmortems each in week 2, and 15 postmortems each in week 3. After each iteration, we discussed the additional categories we identified, and determined if they were viable.

Here are their main findings (with apologies for posting screenshots from a PDF): 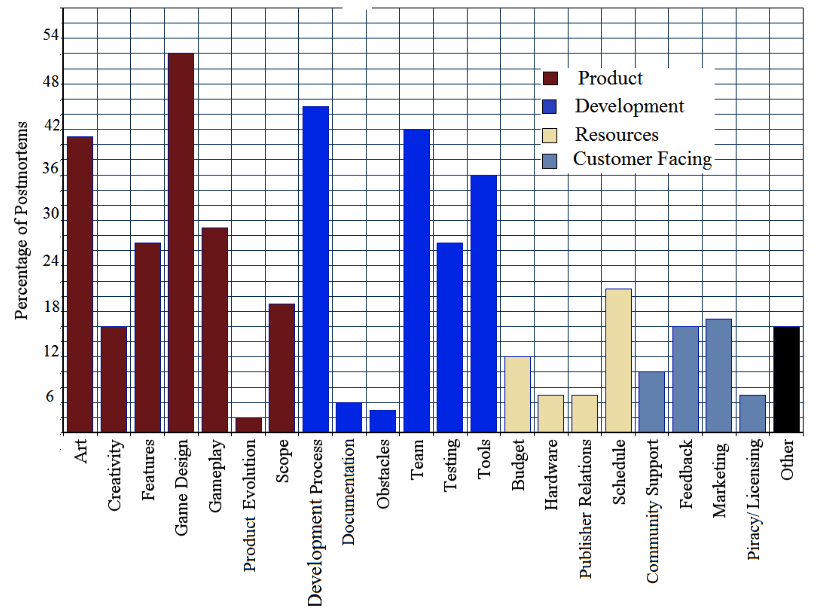 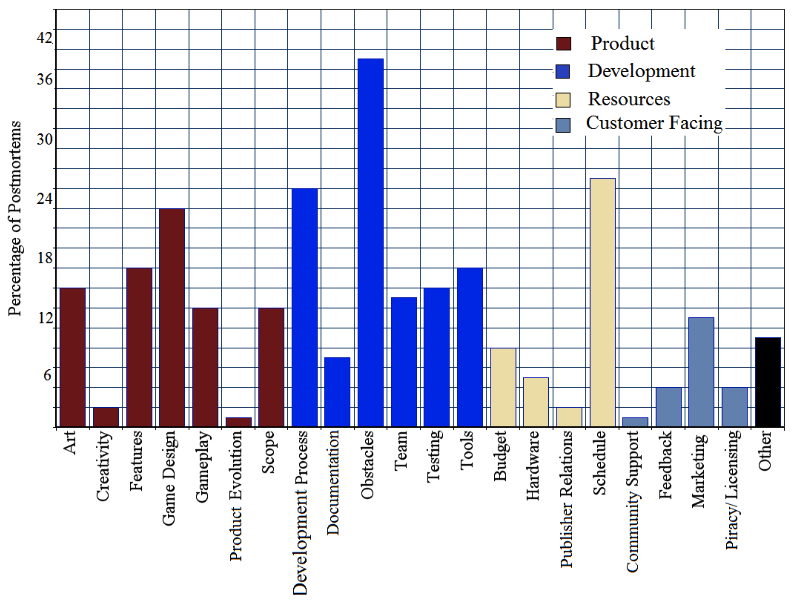 This isn't the whole story, though: the authors also discuss differences between small and large teams, between developers who used publishers and those who published on their own, and between single-platform and multi-platform games. It would be great to see this paper as required reading in game design classes; it would be even greater if students in those classes were require to do this kind of analysis themselves as an assignment so that they would be more likely to understand it, appreciate it, and act on it.