The Page Is Not The Lesson

The finger pointing at the moon is not the moon.

Much of the discussion that followed on Twitter and by email took the form, “If we build a good enough template, people will adopt it.” With respect, I think that if better templates were the solution, they would have worked by now. I have written several myself, including the first version of the Carpentries template; I’ve used several others, and a search on GitHub turns up dozens of others.

The problem is that templates help present the lesson but don’t help write it. For example, all of the templates I’ve looked at allow authors to write whatever they want for learning objectives. They don’t help connect those objectives together or check that the objectives are still consistent with the lesson’s content: “still” because lessons evolve over time, and people forget to check and update objectives just as they forget to check and update documentation and installation instructions for code. Just as UML doesn’t help developers solve the hard parts of their problems, static website frameworks don’t help teachers any more than a Microsoft Word or Google Doc template.

That’s a slight exaggeration: templates do help keep common values like the author’s email address consistent. However, the cost is very high: installing Jekyll or Hugo, writing YAML to configure them, and getting the right plugins in place (never mind keeping them up to date) is a hell of a cover charge. The payoff seems small, particularly if you aren’t already steeped in the technology, so on any given Thursday, most teachers really are better off using Word or Docs.

The Glosario project (site, repo) is an experiment to see if we can do better. Suppose you’re writing a lesson about data science using Markdown. Instead of using bold or [an arbitrary link](http://somewhere/#term) to highlight a definition, you either:

In both cases, tools can now tell which terms a particular lesson defines. Those terms can then be put in the <head> of a web page, stuffed in a database, or added to a summary page for the course as a whole. Doing this accomplishes two things:

No templating engine I know of will do this right now. Most of them won’t even do simpler but equally necessary things like create two-part IDs for the figures within chapters and then fill in references with chapter.figure.

Yes, I’ve used GitBook, Bookdown, and JupyterBook. No, they are not solutions for the 99.9% of our species that can’t or won’t spend their afternoons messing with Pandoc templates, LaTeX packages, and conflicts between multiple YAML configuration files.

So here’s what I’d like, and yes, I do think this would be a great project for someone doing a PhD in HCI: finish the tooling for Glosario, fold it into lessons written with the template of your choice, and tell us what you’ve learned about how to build it and about whether authors, instructors, and learners actually find it useful. It may seem like a small thing, but I bet it’s harder than it looks, and I bet we’ll learn a lot more from doing it than we expect. Most importantly, I think it would a good first step toward shifting our attention from the page to the lesson.

Most people programming today have never punched a card, but all programming editors still treat code as lines of text—in other words, as if it still might have to fit onto punchcards. As I’ve been saying ranting for a while now, this is holding us back in ways we can barely recognize.

One example is YAML, or rather, the insistence that people must write complex nested data structures as indented lines of text. The rules are well-defined and simple cases are simple, but as anyone who has spent an hour wrestling with a Jekyll or Bookdown configuration file can attest, any complex case is an unproductive nightmare waiting to escape its cage.

So here’s a thought experiment. Imagine that every editor from Notepad to Vim to VS Code automatically displayed CSV files as editable tables. Instead of editing this:

But I don’t have any evidence for my second claim, which is where you (the ambitious grad student looking for a project) come in. Is there a difference in frustration quotient between YAML-in-a-text-editor and the same data in a table editor? Do people like the experience better if the table editor lives inside their usual editor? And can people find bugs faster or more reliably if nested structures are presented as tables rather than as indented text? My bet is “yes” for all three, but I don’t want you to trust me because I don’t want you to trust people—I want you to trust data.

And of course once this is working, the next experiment would be to add a tree editing widget to several common programming editors and see if it’s better, worse, or the same. I use [ a | b ] is my way of showing two editable cells side by side, and for fairness’ sake I think it’s essential to add these widgets to existing editors: many programmers will change operating system, citizenship, and gender before abandoning Emacs.

I don’t think “the other 99%” of humanity will use static site generators to write lessons unless we make them much (much) more approachable. Making configuration easier is just one part of that, but:

I have to fix two bugs in the examples, draw 91 diagrams, fill in an appendix on cognitive load, and then revise all 52,000 words, but the first draft is done. Feedback would be greatly appreciated: you can mail me or file issues in the book’s GitHub repository.

By popular request, here is my spouse’s recipe for pickled carrots, which is derived from the one in Topp and Howard’s excellent The Complete Book of Small-Batch Preserving. Note that this is a canning recipe, not a cold pickle. Note also that the original recipe calls for only ¼ tsp of hot pepper flakes per jar, to which we say, “Bah.” 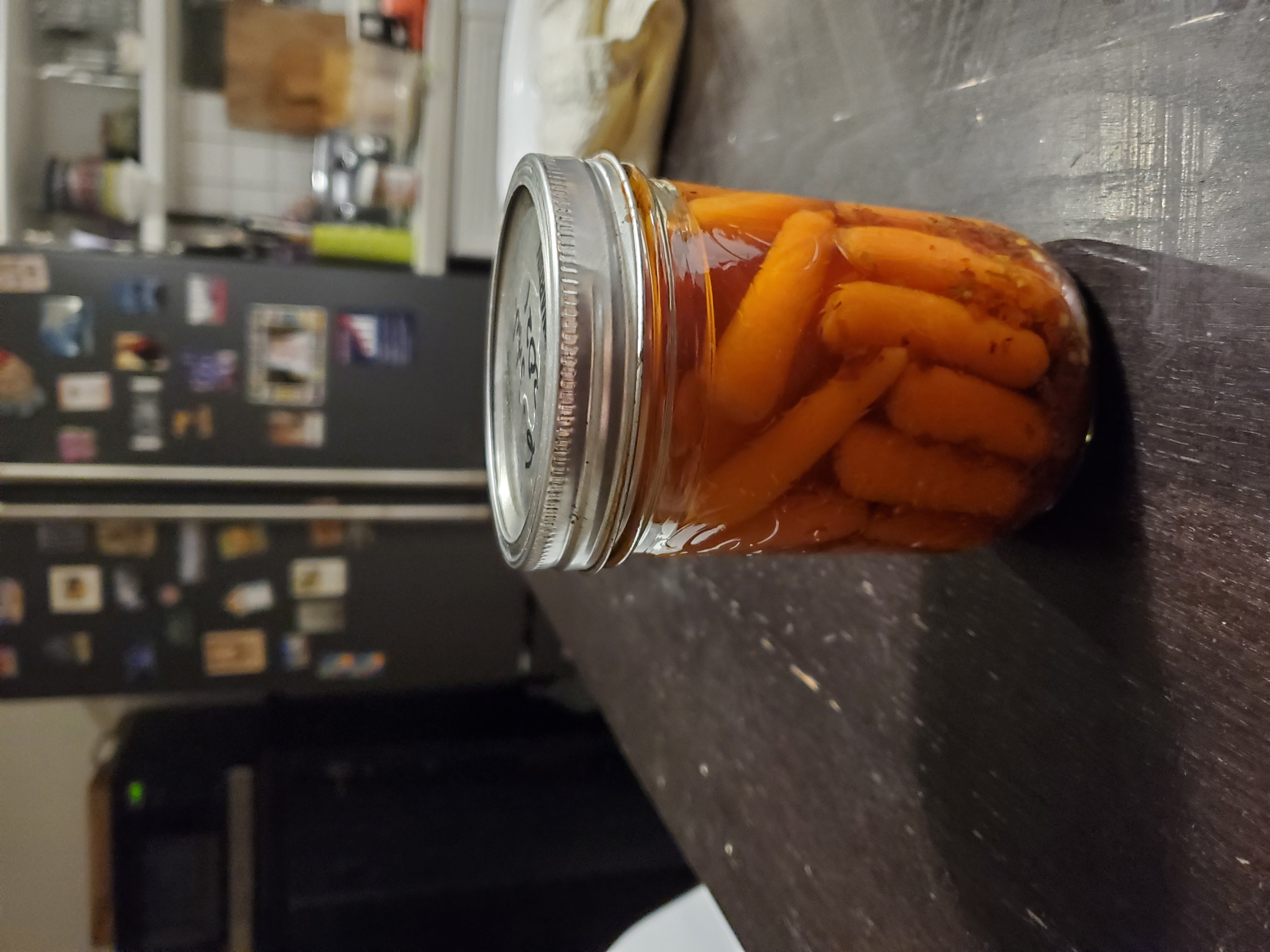 Our book Research Software Engineering with Python has finally gone to the publisher. We will undoubtedly still have to make revisions, but the ideas and examples are complete. Our intended readers are captured in these three learner personas:

We organized the book around a running example: the verification of Zipf’s Law using a set of classic English novels in an open, reproducible, and sustainable way. (People often conflate these three ideas, but they are distinct). To do that, we teach readers to do these things:

The order is important because later skills depend on earlier ones, but also because we want people to be able to stop part way through and still have a workable research process. If you only get through the fourth chapter, for example, you’ll be able to back up your work, share it with others, and re-run analyses with a single command. Another chapter and you’ll be ready to collaborate in a team; one more after that, and you’ll be able to capture your workflows in re-runnable ways.

We don’t believe any one book can serve everyone’s needs, but we hope this one will help people who already know how to write a bit of code figure out what to learn next and what “done” looks like. The HTML version of the book will stay online for free and forever; we’ll advertise the printed and e-book versions as soon as they become available. If you find it useful, please let us know (and please also let us know about any errors or murky wording you stumble over).

This book has been over twenty years in the making; many thanks to my co-authors Damien Irving, Kate Hertweck, Luke Johnston, Joel Ostblom, and Charlotte Wickham for finally making it a reality. All royalties from the book will be donated to The Carpentries, an organization that teaches foundational coding and data science skills to researchers worldwide.