One of the ways DrProject improves on Trac is role-based access control. A role is a set of capabilities, such as WIKI_VIEW or TICKET_EDIT, and users’ relationships to projects are represented by triples of the form (user, project, role). It makes administration a lot easier, and once Qiyu Zhu’s web-based role editor comes online, it’ll be easier still.

But nothing worth having comes without some kind of price. Suppose a portal administrator decides to delete a role—what should happen to people who actually have that role with respect to one or more projects? For example, if the MEMBERSHIP table looks like this:

then what should happen if the “viewer” role is deleted? Options include:

We’ve decided to go with #4, and Liz Blankenship has mocked up a UI for it. Aninteractive version is online (follow the trail of green arrows), or you can check out the screenshots below. Comments would as always be welcome. 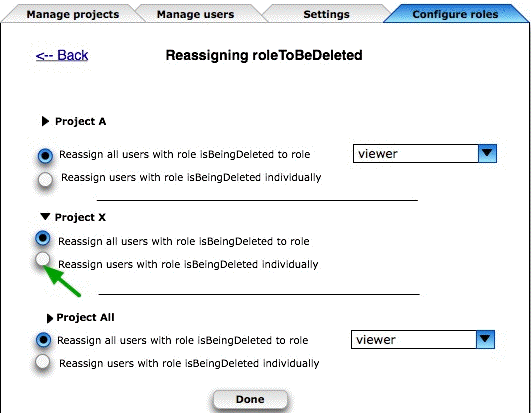 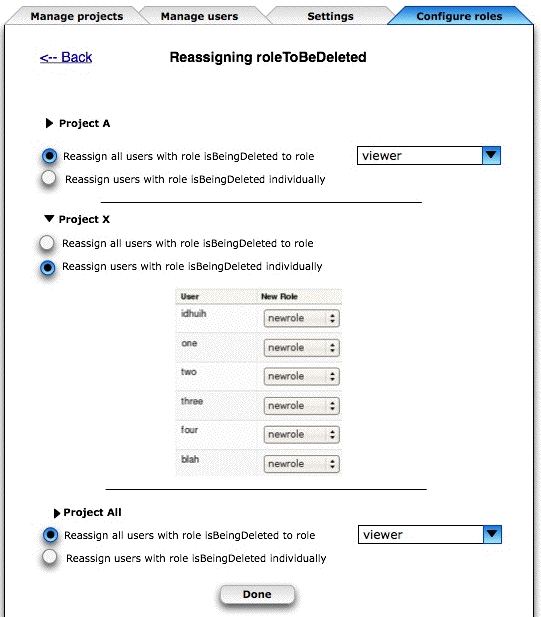