The April 2010 issue of Communications of the ACM has an article by Keith Wright titled “Capstone programming Courses Considered Harmful”. Dr. Wright teaches business intelligence courses at the University of Houston-Downtown, and once you get past the three and a half columns of autobiography that he opens with, his thesis is:

That last point is, I think, the hinge of the whole article. Wright thinks that most CS graduates are going to go off and do things that aren’t programming (like, you know, building web applications ‘n’ stuff), and that having them do a big programming project in their final year is therefore misleading. His solution?

I believe part of the answer lies in industry best practices like those captured in the IT Infrastructure Library (ITIL) and the corresponding international standard---ISO 20000. So I suggest...that capstone programming projects be replaced with the following internships:

I find it hard to think of a better way than this to drive bright students away from computer science: if we offered the UCOSP students job training for Fortune 500 IT departments, we wouldn’t have any UCOSP students. Yes, a stint on the help desk is a good reality check, and it’s important for computer scientists to realize how confusing our creations are to the 99.5% of humanity who can’t think recursively. And yes, software engineers should know what a service level contract looks like (preferably an ethical one, whatever that means), but computer science is supposed to be exciting, dammit, and Wright’s vision of computing is about as exciting as a vending machine ham-and-cheese sandwich. Compare his ideas with those of real innovators like David Humphrey (who, by the way, has actually tried his out), and it’s painfully clear who’s looking backward, and who’s going to lead us forward. 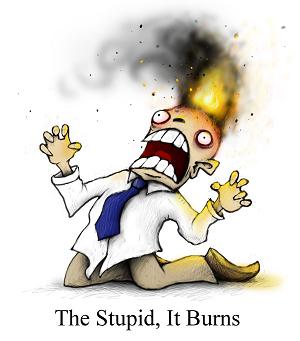