I gave this talk at SciPy'06. A few things have changed since then, but it's suprising how many haven't:

The biggest thing I notice, though, is that there was no mention of how to teach. It would be another three years before I encountered the literature on teaching and learning, and another two years after that before I started taking it seriously. 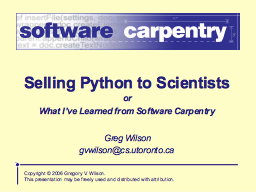 Selling Python to Scientists
or
What I've Learned from Software Carpentry 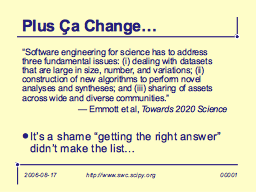 Software engineering for science has to address three fundamental issues: (i) dealing with datasets that are large in size, number, and variations; (ii) construction of new algorithms to perform novel analyses and syntheses; and (iii) sharing of assets across wide and diverse communities.
– Emmott et al, Towards 2020 Science 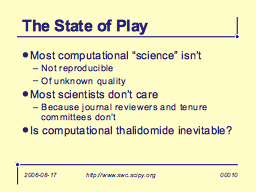 The State of Play 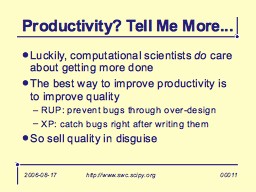 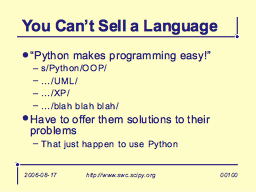 You Can't Sell a Language 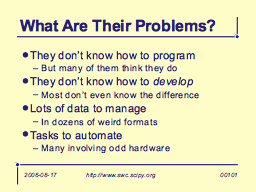 What Are Their Problems? 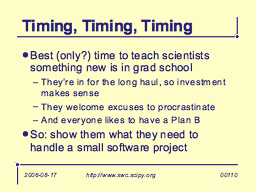 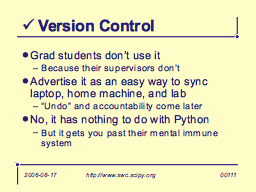 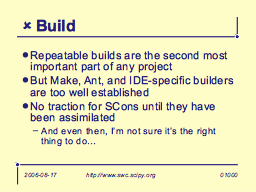 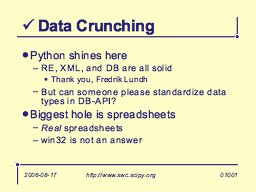 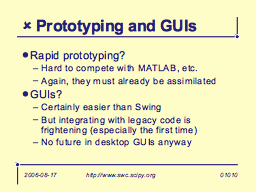 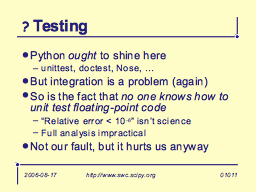 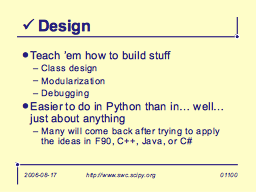 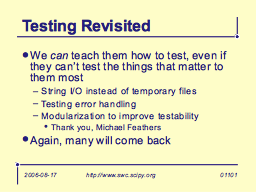 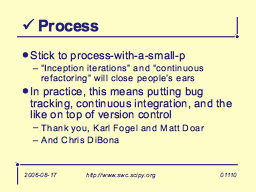 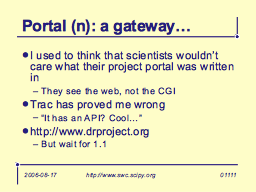 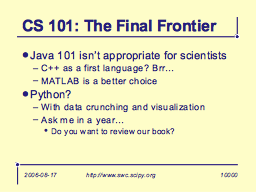 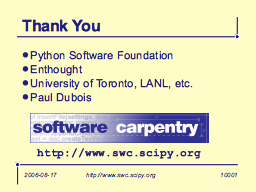 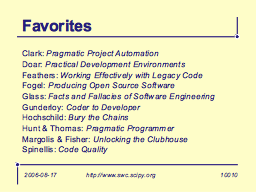