Back when I was struggling to teach a meaningful course on software architecture at the University of Toronto, I mentioned Reekie and McAdam’s book A Software Architecture Primer, which was one of the few I found useful. Ten years on, I still think about the use case maps they described. These two diagrams show what use case maps look like: 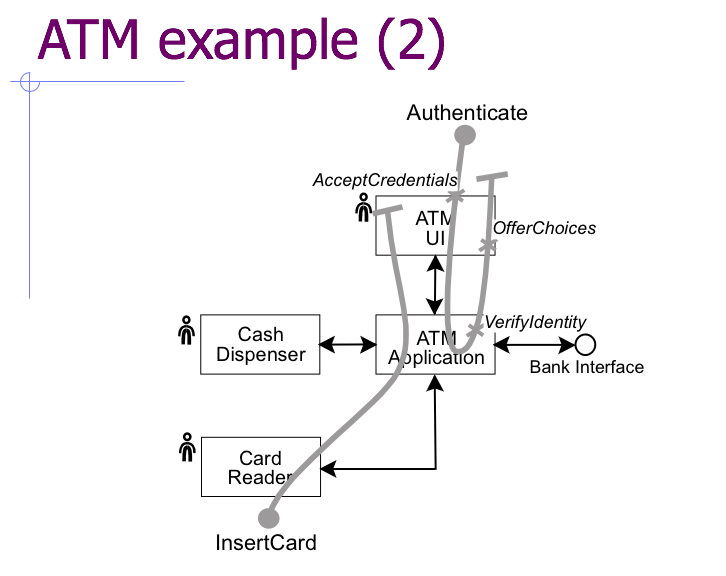 The background is the system’s conceptual architecture; the overlay uses these elements to trace what happens during a particular use case: 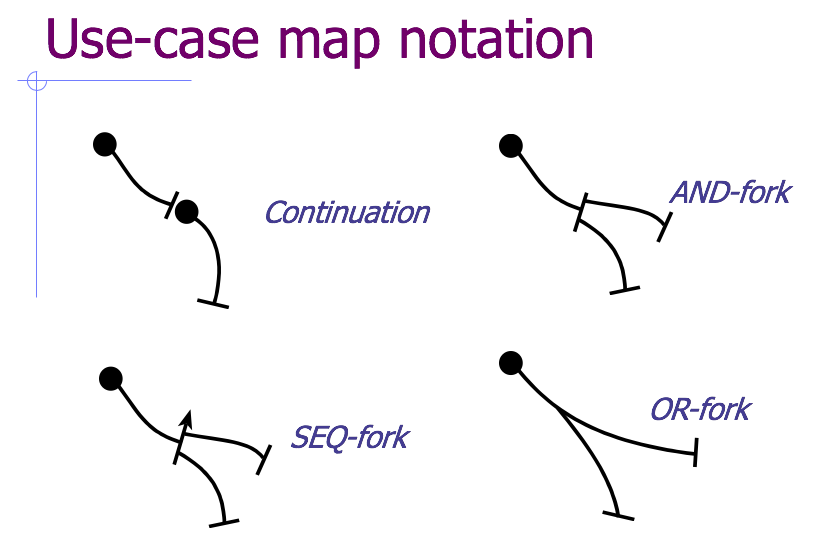 It’s easy to understand, and I found it very useful for tracing the behavior of moderately complex systems.

Now that the world is filling up with microservices, I wonder if it’s time to resurrect this idea. I think it would be possible to generate something like a use case map automatically:

I think this would be a useful debugging aid, and would help developers keep their architecture diagrams up to date: if someone introduced a new service but didn’t add it to the diagram, the tool responsible for mapping transactions to arcs and nodes would complain. Similarly, I’m willing to bet that there are a lot of legacy microservices out there that aren’t actually being used any longer, but that no-one feels qualified to delete—this would help find them.

I’m also wondering what an equivalent notation for data analysis would be. There are a ton of GUI tools around for creating executable dataflow diagrams, but mapping them to databases, services, and users (who are a crucial to how every real data analysis unfolds) would be pretty cool.

(Diagrams are taken from slides that John Reekie kindly sent me back in 2007.)