I was looking for some books in storage yesterday and came across this: 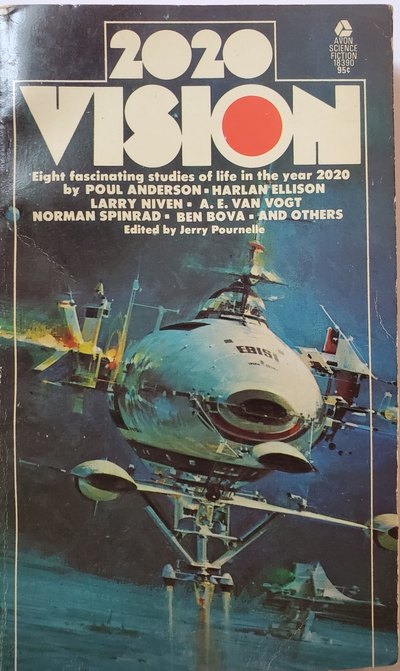 Published in 1974, it contains eight stories by some of the leading science fiction writers of its time: all of them white men. I didn’t notice that when I first read it at the age of 12 or 13, any more than I noticed how much the authors wanted the future to be louder and brighter but not really different—at least, not in any way that would make them feel uncomfortable. Angry or afraid, yes: dystopias are meant to make you feel that way. But none of these stories would make their authors or readers wonder, “Am I the bad guy?”

Coincidentally, Malcolm Bradbury’s novel The History Man came out at almost the same time. I didn’t read it until some time in the late 1980s, and recognized enough of myself in the (awful) character of Howard Kirk to have to set it aside two or three times before I could finish it. It didn’t have any spaceships or aliens, but it turns out that it had a lot more to say about the future than the one that did.