Over the last decade, I have belatedly realized that programmers can’t understand what they ought to build without reading other things as well. The books below have helped me understand just how intellectually impoverished Silicon Valley’s worldview is; if you find them useful, I’d appreciate suggestions for additions. 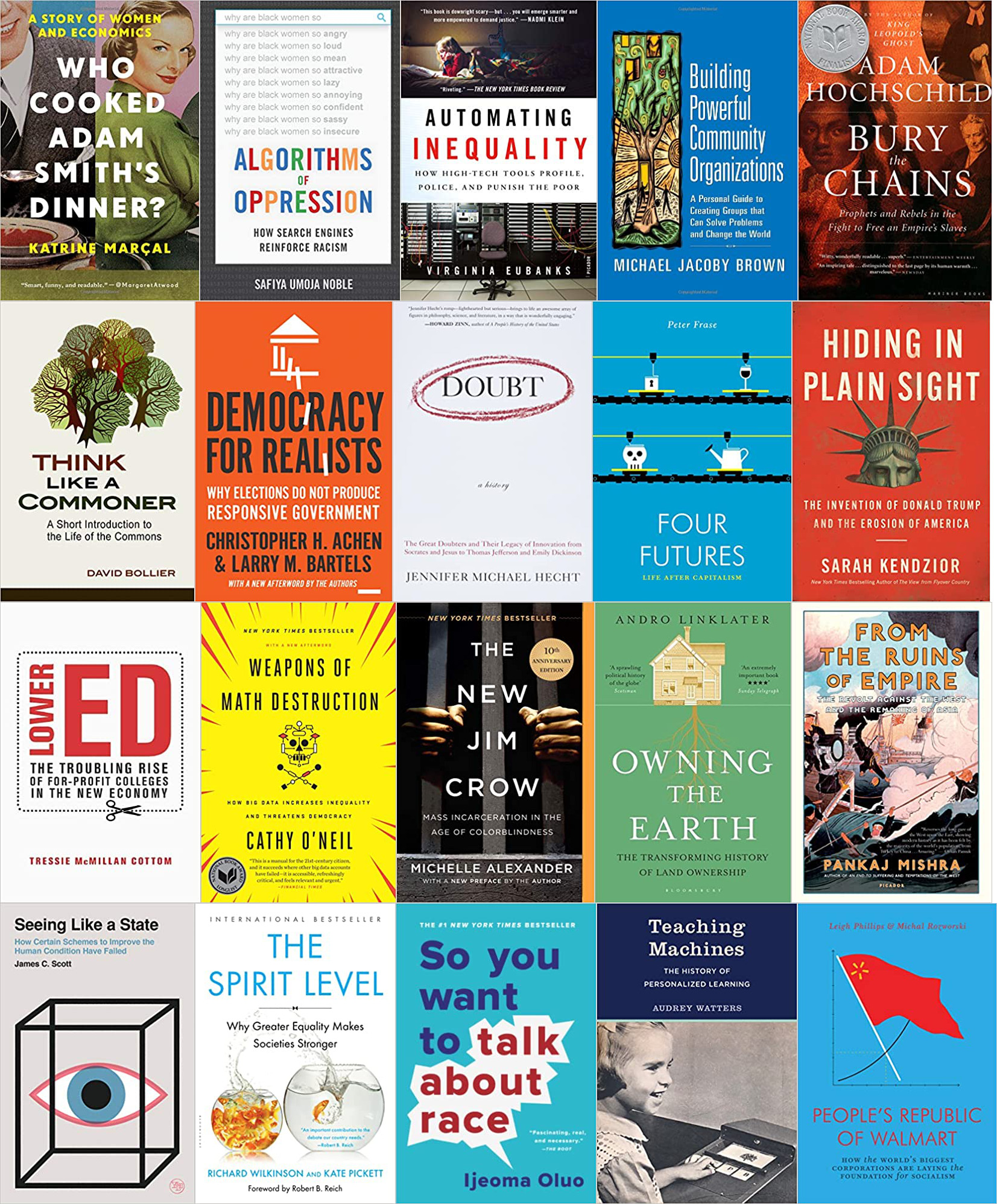 Not everything has to be serious…