One of the ways I can tell that DrProject is getting better is that its database schema is getting cleaner. I’ve posted earlier versions from December 2006 (which was 1.0 something or other), Version 1.2 from early 2007, and the first Elixir-based version from July 2007. Today’s is much tidier, and I even know what most of the fields are for: 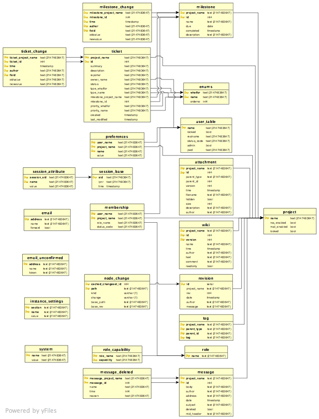 We have to add two or three new tables this summer, but I hope we’ll be able to keep things at least this clean.